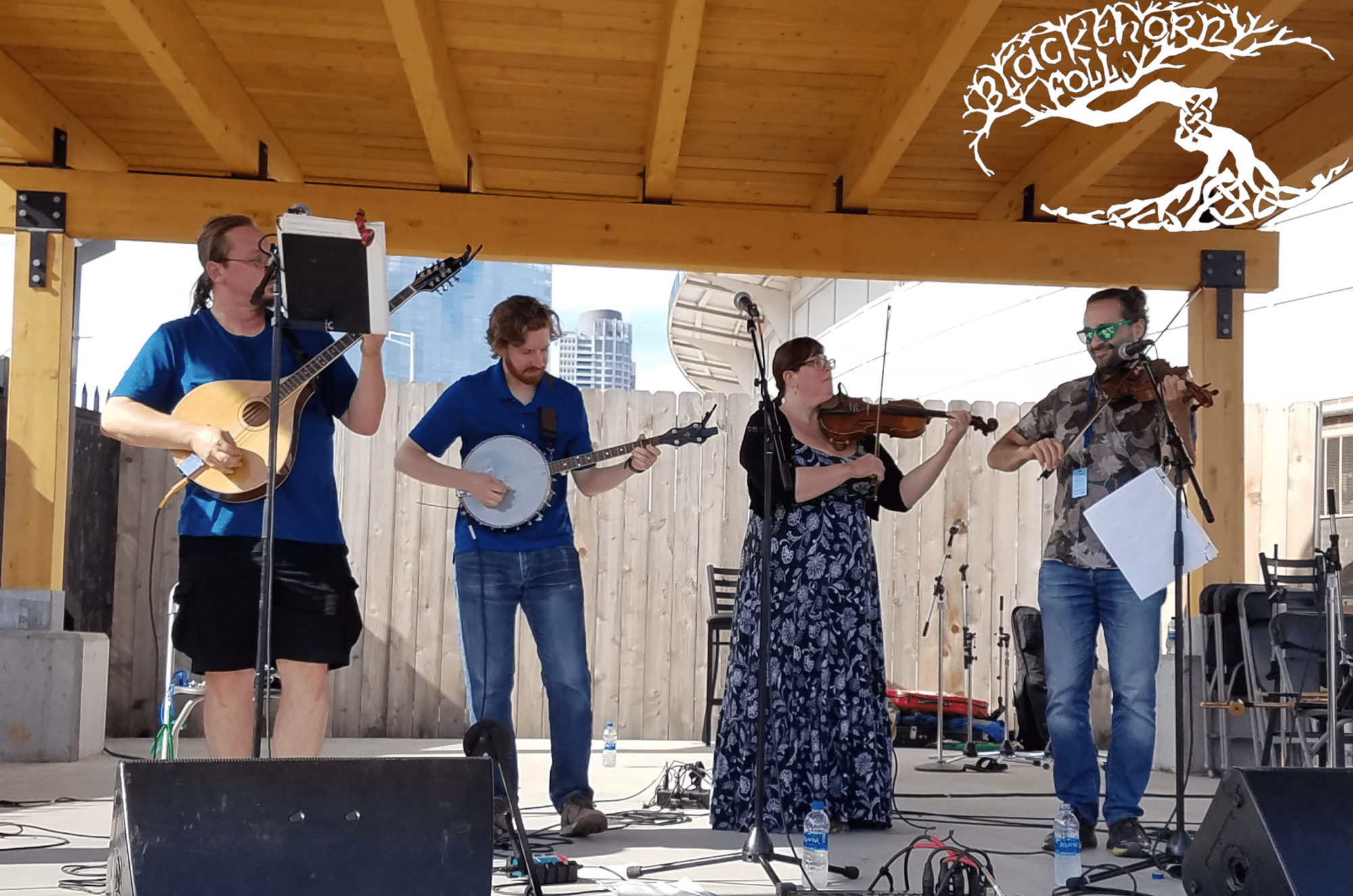 Blackthorn Folly is a five piece traditionally inspired band from the Milwaukee area. We play traditional Celtic tunes, pub songs, American standards, and even some pop music with high energy and a ground stomping tempo. Our highest priority is entertaining crowds through great music and audience participation.

Blackthorn Folly was formed in 2012 to perform on St. Patrick’s Day at a couple of the local pubs in Milwaukee. After the overwhelmingly positive response from the audience, they decided to continue to perform and create a serious band. Since they started, Blackthorn folly has continued to perform regularly in pubs around the Milwaukee area. Additionally, they have performed at Irish cultural festivals including the Milwaukee, New Dublin, and Oshkosh Irish fests.