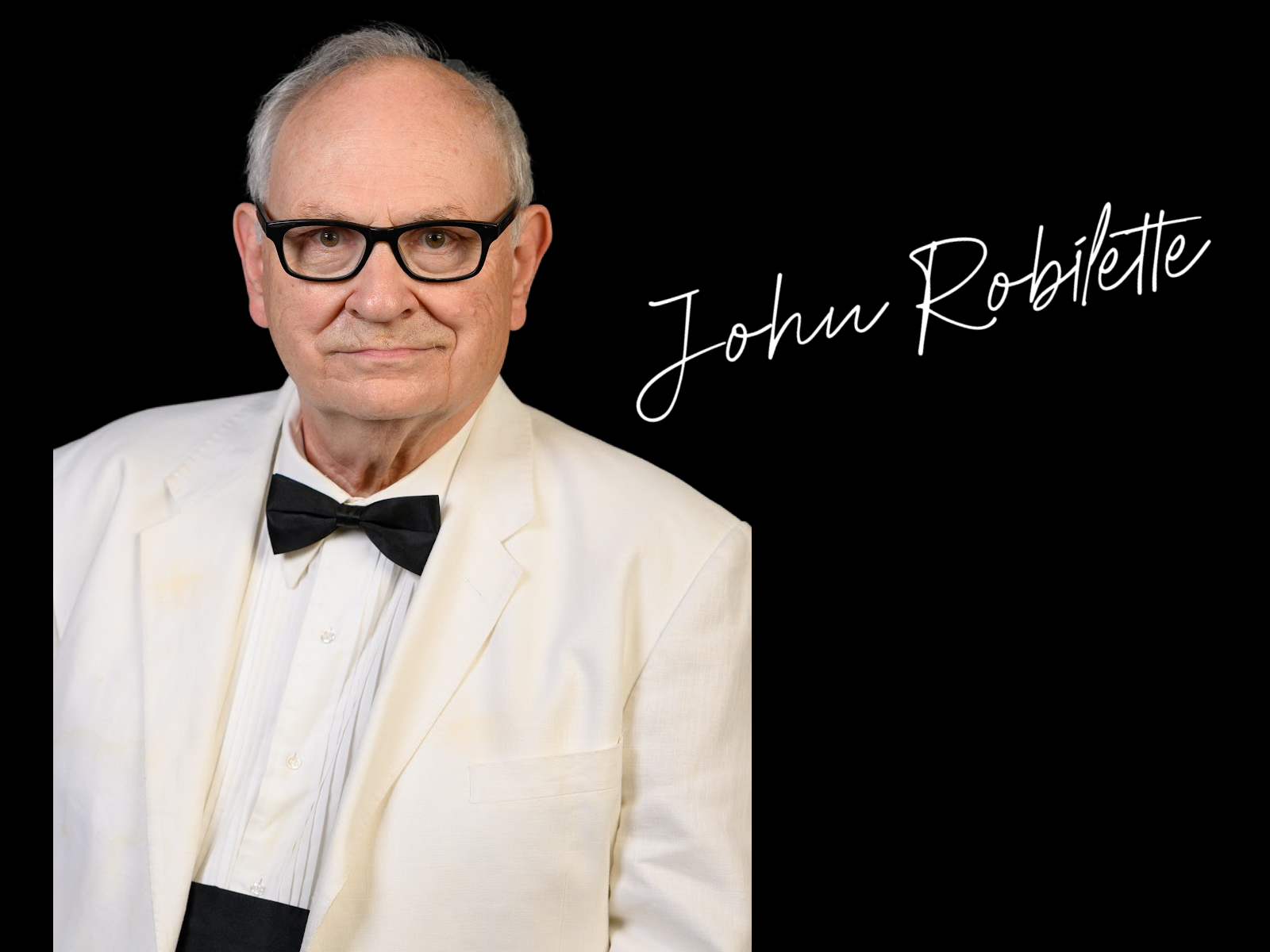 An Afternoon with John Robilette in Honor of Dr. George Barry

“He gave a fantastic interpretation of Schumann…Robilette’s playing is remarkable for its clarity of expression and depth of feeling. An exceptional musician given to few dramatic physical gestures, he fascinates us repeatedly.”

The Monroe Arts Center is proud to present a live stage performance by internationally acclaimed concert pianist, John Robiletti.  A Monroe, WI native, he has performed in 26 countries around the world and on four continents to critical acclaim. ” Mr. Robilette has been honored in the White House and gave a recital as part of the inaugural festivities for President Ronald Reagan. He has made commercial recordings (Musicians Showcase Recordings and ProArte) of both solo works and concerti with some of the leading orchestras in Europe, which have had international distribution.

Dr. Robilette is also a member of the Screen Actors Guild ( SAG) and has had the lead or a supporting role in eleven Hollywood films, many of which have appeared in festivals around the world including a best picture award at the San Jose International Film Festival.

He has also had a novel published entitled FEDERAL PIANIST which is available on Amazon, along with a short story published in the October issue of the Scarlet Leaf Literary Journal entitled, THE CLASS REUNION. He has been on the piano faculties of two universities: The Catholic University of America in Washington, DC, and Westchester University near Philadelphia. He holds a Doctorate of Music from Catholic University, a Master of Fine Arts from UCLA and a French License from the Ecole Normale de Musique in Paris.

100% of the  proceeds from “An Afternoon with John Robilette in Honor of Dr. George Barry” will benefit the Monroe Arts Center Foundation. Dr. Barry was a longtime member of the Board of Directors of the MAC Foundation.

Price
All seats $25 donation in honor of Dr. George Barry| Free to All Students and Teachers

Health and Safety Policies:
Starting March 15, 2022 all Covid-19 restrictions will end for all events and classes at the Monroe Arts Center. Masks will be optional.